My first piece for Back Page Football [1], a new football site edited by Kevin Coleman [2]. Ch-ch-check it out.

The year is 2020. The UEFA Super Champions Europa League Cup final (second leg) is just about to kickoff, and fans all over the world are breathing a weary sigh as Roy Keane’s Ipswich Town kick off against Red Bull Salzburg, with an 8-1 win in the away leg rendering club football’s greatest fixture totally and utterly redundant. What’s the point of playing this competition, wonder the fans, if the big teams when the tournament was conceived aren’t even in existence any more? Why bother taking part when Real Madrid aren’t around to try and win a tenth title, or if there’s no Man United/AC Milan/Bayern Munich/Barcelona to light up the tournament?

This may sound like a line well-worn by a supporter of any team other than Real Madrid (particularly when your writer is a Manchester United supporter) but Florentino Pérez is killing football. Capitalising on the honorable Spanish system of munipical club ownership, Pérez knows what people want. Real Madrid, 2008 vintage, are flounderers. Gone are the days of Figo, Zidane. Now are the days of Christoph Metzelder and Gabriel Heinze, and boring adequacy. The days of getting thrashed in El Clasico. Pérez, a former President with a filofax full of bankers’ names, has a great idea. Why not, with a Presidential election looming, promise every big name under the sun, and borrow the money to pay for them? Genius. The only problem being, in Pérez’s last term at the helm, he ran the club into £200m of debt – just think of the numbers when you’re dealing in pesetas – and the club was only saved from a serious liquidity problem when the city council bought the club’s training ground [3] and immediately leased it back for free.

You would think, then, that with the benefit of hindsight and the knowledge of the disaster only averted by municipal taxpayer money, Pérez’s seond term With the impending purchase of Liverpool’s Xabi Alonso, Real’s net summer spending clocks in at about the €275m mark – and with the unusual step of paying Manchester United the full €94m for Cristiano up-front, instead of in instalments or linking pay to performance, have instantly buried themselves in another €220m (or so) in debt, with more to come should the team perform as well as Pérez hopes they should. They could only hope to win back a portion of that at an online casino [4], but ought not to count on it.

How do Madrid plan on paying for these players? Aah, that most 21st Century of ideas – the far-eastern tour.

The notion of big soccer teams touring the world is a reasonable one. Travel abroad, get the chance to play against teams of other footballing cultures, pick up a few fans along the way, sell some more shirts, lather, rinse and repeat. The problem, though, is that in this modern era of recession and financial conservatism, there’s no more money left to win. People don’t have discretionary income any more, particularly in the poorer parts of the world. The Far East has been bludgeoned to death by incessant Man United pre-season jaunts, the signing of Park Ji-Sung, the rampant growth of Asian domestic leagues – particularly that of China – and now the fact that people don’t have any spare money any more. The World Cup has been and gone to Asia and, just as the United States before them, Japan and South Korea are yet to find themselves at the top of the footballing ladder and up to their eyeballs in new stadiums nobody can fill any more.

Football at the turn of the 21st century reached the great unknown – total saturation. America can’t be cracked; dozens of failed attempts to ship over the world’s biggest and best without profit are testament to that. Asia is a lost cause. Africa won’t have the money until the G8 forgive their debt (unlikely). There, simply, is nowhere left to turn. And so Real Madrid will battle on, buying the best and making it too hard for their opponents to compete, and borrowing the money until there’s no money left to borrow and no money coming in to repay the loans. Shirt sales are well and good, but they don’t keep a roof over your head. 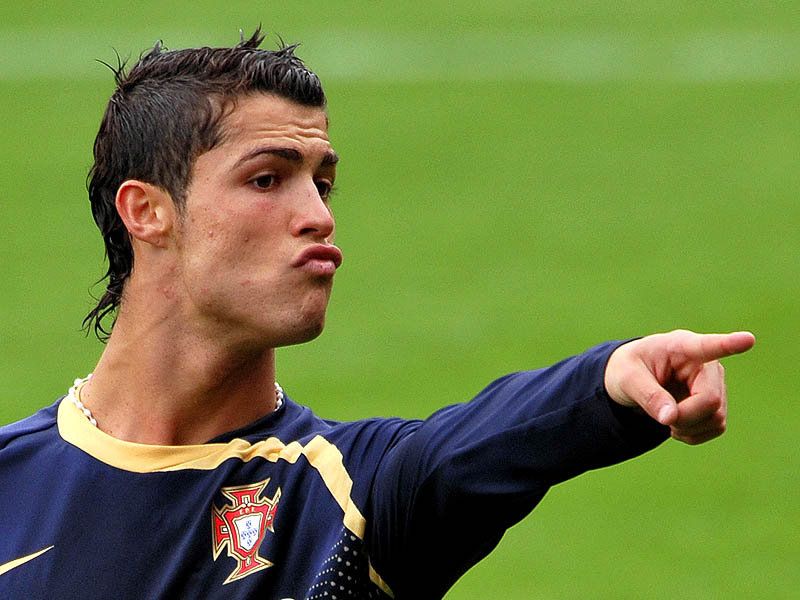 The difference between Pérez I and Pérez II is that this time around there is no municipal get-out clause. With no additional funding model to tap into, and only the hope of increased revenue from TV rights to bank on (which is hardly a healthy idea when the Setanta Sports of this world keep folding under the weight of their own debt, and BSkyB’s parent News Corp is posting slumping profits year after year) the money to keep breathing is going to dry up. Soon, other clubs will start sueing for unpaid transfer fees. Rights will be auctioned of, and players returned to their original clubs. Banks will come scraping at the door, wondering when the repayments for the Ronaldo and Kaka loans are to be expected. And down – inexorably, unstoppably, inevitably down – come the house of cards.

This isn’t just a Madrid issue, either, though Pérez is certainly fueling it. While the banks and Berlusconis of this world are still around to lend, the Barcelonas, AC Milans and Manchester Uniteds are going to try and compete, and keep digging themselves further into the mire.

In an attempt to keep the game alive or to make the prize money high enough to sustain the borrowing, UEFA will merge all their competitions. They might even advocate the elimination of domestic leagues. But all it will do is put off the inexorable. The biggest will run out of money, and the Ipswich Towns of the next decade will find themselves rising to the top, not on merit, but by default. There simply will be no clubs left to beat.

So. How do we stop it? We keep transfer fees down. And how do we do that? With a salary cap. Transfer fees are based on the remaining wages due to be paid under the terms of a player’s contract. And so, the wages need to be fixed at a lower point.

The financial world works on the twin basic principles of supply and demand. Demand success, supply funds. Demand repayment, supply funds back. But in a culture where the fans of Real Madrid aren’t the ones signing the cheques for their players, the demand for success will never equate to the money needed to afford it.

If you’re looking for a silver lining to this cloud, I recommend putting a tenner on Newcastle to be relegated to League One, before you sit back to enjoy the press coverage for their games against Leeds United. The clash of the Once-Titans, perhaps, while Ipswich beat Red Bull Salzburg for a trophy nobody wants to win any more.