So – hello again; again, apologies for my ludicrous absence from these here parts, the day job [1] has exhausted my writing muscles for the last two months or so but as things wind down for the mid-term break I find myself with a little more time to flex them back here.

[2]Also, before I begin, I owe some gratitude to the kind soul(s) who saw fit to nominate me in the Irish Blog Awards [3] in the Best News/Current Affairs category – I hardly think I deserve to be in such high esteem, especially given the others who’ve made the same shortlist, but to whoever thought me worth nominating: thank you, I’m honestly quite humbled.

Anyhoo, to my point.

In the last few weeks my mind has been significantly occupied by the subject of body image – begetting a feature on male eating disorders for [4]The University Observer [4] which I might cross-post in the coming days – but while out shopping in Dublin earlier today, a particular though crystallised in my mind. I’ll add the pre-emptive caveat that yes, I’m a man, and no, I’m not a horrific chauvanist pig because I reckon a lot of what I say below refers to men too, but obviously to a lesser degree.

Now, I know that beauty is in the eye of the beholder and all that, but at some point in the last two or three years years, there seems to have been some kind of major departure between ‘fashion’ and ‘beauty’ – namely, that two concepts which in theory should go hand in hand have become if not total opposites, then uneasy bedfellows indeed.

As we were out shopping – the missus was out hunting for a dress – it became very obvious that very few high street fashion chains cater for what we might call the naturally-shaped woman. Most women, we might all agree, have boobs, a bum, and generally (whether they think it’s ideal or not) exhibit some degree of curviness. Yet, visit any high-street fashion chain and the extreme majority of them seem, at the moment, to cater solely for six-foot-nothing waifs. That’s all well and good for haute couture but when you’re looking at a commercial market for a country where most women aren’t six-foot skinnies, it’s both economically daft and mentally damaging.

Most women aren’t skinny or tall enough to fit the clothes that high-street chains see fit to bring to the mass market – but not that this seems to matter to oodles of retailers who overlook the commercial reality of what might actually work. But that’s not really the crux of my point.

It genuinely seems that of late, what is deemed ‘fashionable’ bears only a tangential reality to what the majority of us actually find aesthetically pleasing – or, if you will, ‘pretty’. Where presumably the origin of ‘fashion’ as a notion was to combine the aims of augmenting the body’s own beauty and some sort of edgy innovative design flair, of late the former goal has been thrown out the window as what is deemed ‘fashion’ is merely whatever seems the most striking.

It’s gotten to the point where shops are selling outfits (dresses, tops, whatever… I’m not good with the terminology) that don’t try to flatter the wearers at all, but seem intent on making them look as daft and dingbatty as they can. Lady GaGa – though undoubtedly not meaning to – has merely furnished the trend of clothes that almost seem to spite the wearer; her lightning-bolt-over-one-shoulder thing now seems to pervade every store, leading shops (who still trip over themselves to portray themselves as haute couture when, though people admire it, they’d never want to wear it themselves) to start stocking similar stuff, hoodwinking regular people into looking like absolute idiots for the sake of being trendy. The problem is that nobody looks at Lady Gaga wearing a crow’s nest around her head and goes, “Wow, she looks beautiful”, they go, “Wow, that’s… eh… striking” – but nobody tries to distinguish the two any more. 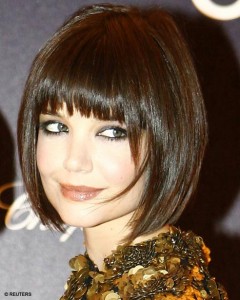 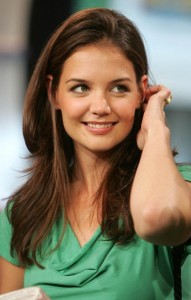 [6]It’s gotten to the point where honest-to-god beautiful women like Katie Holmes get ludicrous, asymmetric, uneven, scraggly haircuts because the fashion gods on high decree them to be on the stylistic button – full in the knowledge that they’ll look all the lesser as a result.

Maybe it’s just me being some kind of boring traditionalist but if more shops did what Karen Millen do – make decent dresses for your average curvy bird (though, that said, I saw a few one-shoulder monstrosities in there earlier too) – and stopped trying to feed people fashion when it’s that fashion that’s leading people to such insecurity, we might be a whole lot better off.

Penney’s does brilliantly for a multitude of reasons, and not just because it’s dirt cheap.